The traditional of CoUrsE! bowling-night has been taken place, on November 3rd. With a group of CME-students we went to Vapianos to have pizza, pasta or lasagna. It is always good to have a healthy meal before attending a physically heavy sport. During this dinner, it appeared that it was possible to eat the plants on the tables (basil and rosemary), so that is what some of us did (yes… pictures are made) in order to take in some more healthy, so-called, veggies.

Next was the part, where we as a group had to attend the heavy sport. Riding our bike all the way through Woensel to the bowling. But, we made it all (not even missing 10%), on behave of the board I would like to say that we are proud of you! Nicely, as a student in the Netherlands should, on time. From that moment…. The Game Was On!

During a heavy battle of two hours on four lanes, using several techniques, we compete each other by trying to strike as many times as possible. Of course, this was not without any struggle. Some students thought rolling the ball in the wrong direction (backwards instead of forward) was a good idea. Others tried to break the floor, or at least making some bumps in the lane while playing. However, most balls went the right way and points were scored! The person with the highest amount of points, the most strikes and a lot of spares, that obviously won the Games is… … Tymen! Congratulations with the lifelong honors of being the winner of the Eindhoven Bowling Games 2016.

You missed the bowling night? You felt a bit sick during the Games? Your lane was a bit crooked? The balls where not round? It was too hot/cold for you? Any other excuse? No worries, next year, hopefully, there will be another chance for you to win the cup of the Games. For now, the next activity will be a bit less competitive and maybe more save to attend. It is the GLOW-tour! We will walk a part of the route on November 15. Check the event for more info.

Pictures can be found here! 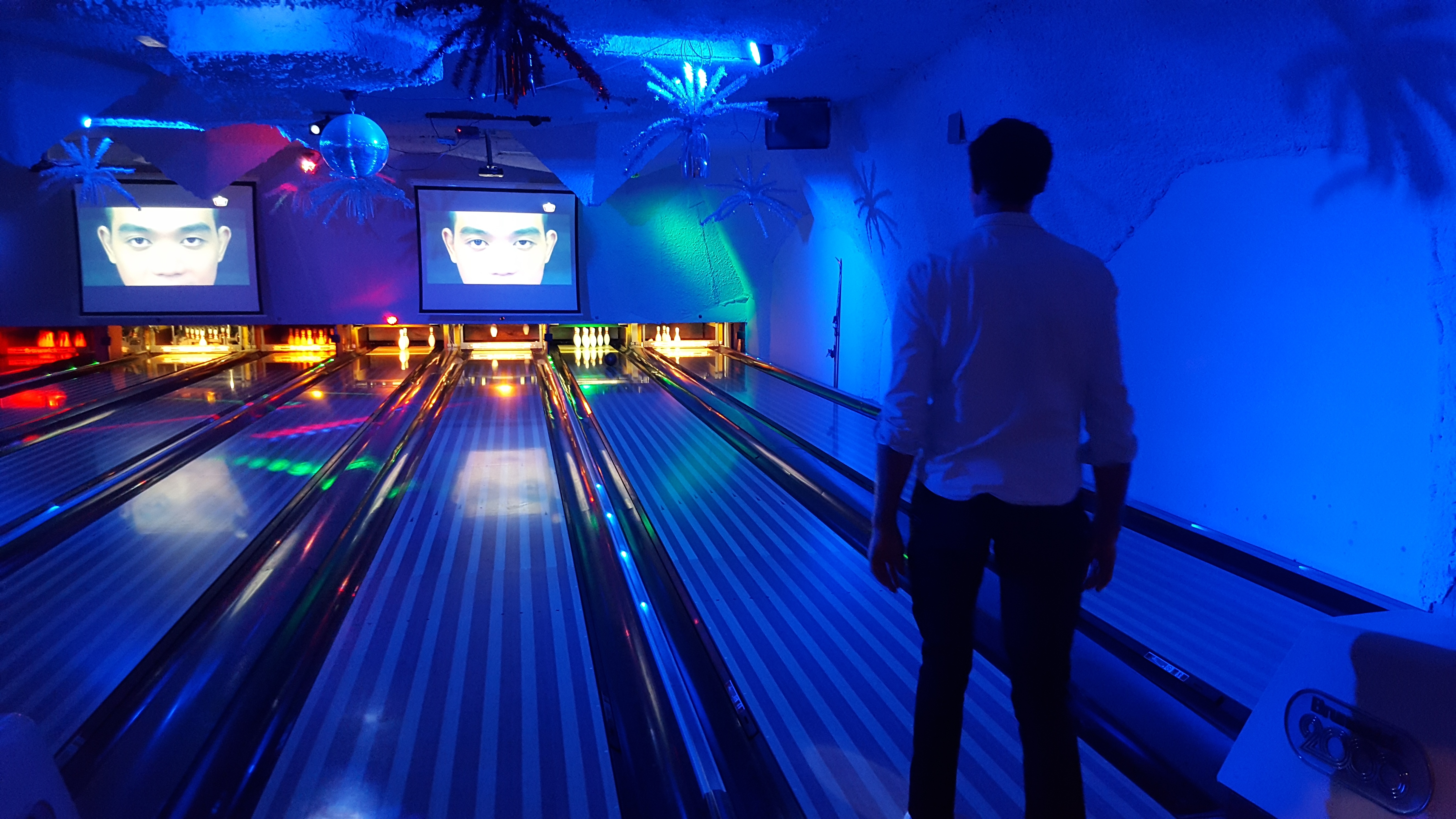